Most of us have heard of pepper spray. It is used by military and police forces to subdue dangerous criminals in a non-lethal way. Popular shows, such as “Cops” and “CSI” have shown or portrayed pepper spray being used to stop attackers. Some of these attackers are under the influence of very dangerous drugs, such as methamphetamines, hallucinogenics, and extremely high amounts of alcohol and unknown mixtures of any number of drugs. These drugs can make users stronger, less susceptible to pain and more volatile. So, how is it that one substance, such as pepper spray, can stop them all? Why is it so effective?

The Science Behind the Spray

Pepper spray is a derivative of cayenne pepper, more specifically, various parts of the cayenne pepper plant. When this derivative is sprayed on an assailant, it invades the lungs, eyes and sinuses. Once there, it causes burning and swelling, incapacitating the would-be assailant. A person that has been sprayed with pepper spray cannot fight back because he or she cannot breathe. The inability to breath stops the attacker, regardless of the drug or drugs he or she may be on.

The active ingredient in pepper spray is capsaicin. It is the same ingredient that gives cayenne and other peppers their sting. However, with pepper spray, the capsaicin is extremely concentrated, resulting in what is known as a substance called oleoresin capsicum. Once introduced to the respiratory system, oleoresin capsicum has the ability to render any individual helpless.

The theft of handheld devices is the fastest-growing street crime in the Country, where more and more incidents are turning violent.  Walking down the street and talking on your iPhone, where a thief will attempt to rip it right out of your hand. If you try to stop the thief, the thief will beat you up until he gets the phone. Victims have ended up with broken bones, in the hospital and left with no recourse to get their stolen smartphones back.

San Francisco District Attorney George Gascon, about 1.6 million Americans had their smartphones stolen last year. And according to the Federal Communications Commission, around 40 percent of robberies in major cities now involve mobile devices.

Mobile phones have reshaped that way that we live. Smartphones can be sold on the black market for anywhere from $300 to $600. Law enforcement and Government Officials are asking manufacturers for a kill switch to be put in mobile devices that will render the phone unusable by the thief or anyone if it is reported stolen. There is much debate from the manufactures in doing this. Will it become mandated? We don’t know, but we would like to recommend that you carry your UDAP Pepper Spray with you when you are out walking. Be aware of your surroundings and the people around you. Put your mobile devices away and out of sight when you are walking in major cities. Be safe! 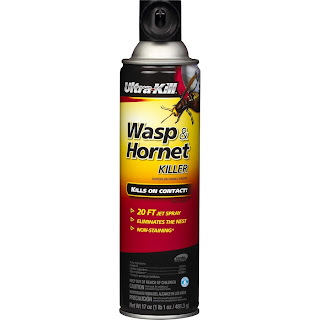 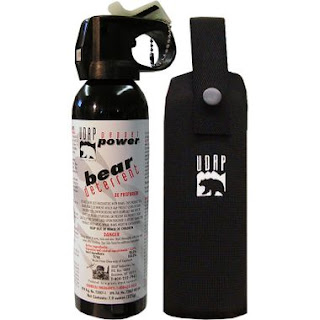 Are you an avid camper? Or want something fun and different to do with your family this summer? Camping in Yellowstone Park is an awesome way to enjoy the park with your family. Some of the highlights and attractions include amazing backcountry, bicycle-friendly campsite, RV parks and hiking to name a few. There are numerous camping options in Yellowstone Park. For a complete list of campsites please click here for more information. 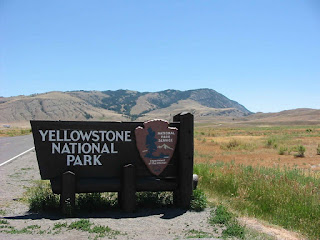 And as always, remember when you’re outdoors in bear country this summer to carry your Bear spray with you at all times!